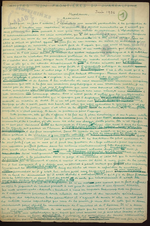 Ladies, gentlemen, why not admit it? I was feeling a peculiar anxiety

-
This address, which André Breton included in La Clé des champs, completes a previous conference, itself similar to the introduction he gave at the Copenhagen and Tenerife exhibitions. In “Limits not frontiers of surrealism”, he insists on the English gothic novel.